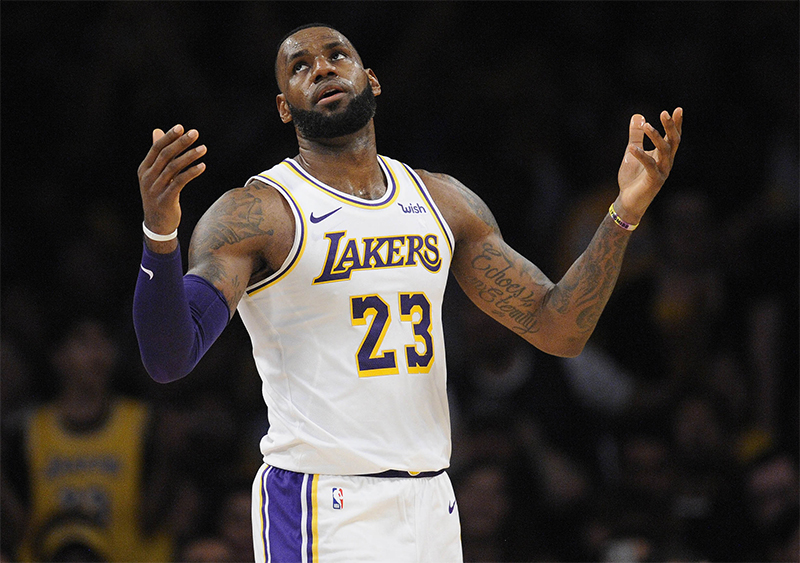 A week ago, April 1, Lebron James announced that his season was over and that he would give them all a date next fall. It was April Fools’ Day at the time when the Lakers were still vying for play-in. Except this tweet has haunted him since the Lakers were eliminated from the playoff race, and he’s only played one game since spraining his ankle against the Pelicans on March 27.

This time, it was not April Fools’ Day and it was the Lakers who announced that he would not play again this season. There’s no need to take the slightest risk in the last two games, so we’ll only see LeBron James again at the start of training camp.

Second leading scorer in the NBA at age 37

However, this season will continue to be the most contrasted of his career, as he was the NBA’s leading scorer at the time of his injury and became the second best scorer in history.

At over 37 years old, his level of play is still amazing. Never has such an old player been so productive in history. But…while the Lakers were shooting for the title, they’re already down, and the bling bling signing of Russell Westbrook is a resounding flop.

As LeBron James will miss more than 30% of the regular season games (26 of 82 games), his name will disappear from the different rankings, such as the top scorer where he is currently runner-up to Joel Embiid (30.4 points). per game) with 30.3 points scored per game on average.